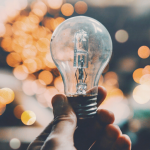 Joe Davis received instructions to deal with a case involving the transportation of drugs into prison.  Offences of this nature are very serious and will most frequently result in a custodial sentence if convicted of the offence. Having pleaded guilty in Wimbledon Magistrates’ Court our client’s case was deemed too serious and was subsequently sent to Kingston Crown Court for sentencing.  Experienced barristers were instructed to deal with the case and worked tirelessly alongside Joe to understand more about our client’s personal circumstances in the lead up to the alleged offence. After lengthy criminal proceedings it became very apparent that our client was a victim of modern-day slavery.  We took advantage of the new National Referral Mechanism procedure, which allows cases to be referred to the National Crime Agency and other associated public bodies where there is evidence of modern-day slavery or people trafficking.  As a result of this referral a report was presented to the court and the Crown Prosecution Service to advise that our client was indeed a victim of modern-day slavery. At this point the Crown Prosecution Service had the option to either drop the charges against our client, or continue with the prosecution.  Initially the prosecution decided to continue with the case against our client, however after National Legal Service Solicitors made numerous representations to the prosecution that it was not in the interests of justice to proceed, the Crown Prosecution Service discontinued the case. Our client having had no previous convictions before this case remains of good character. If you or someone you know may have been a victim of modern-day slavery, you can talk confidentially to a member of our team by phoning +44 (0) 20 3601 5051, or fill in our enquiry form and someone will get back to you shortly.   [...]

A look at the latest Family Court statistics

The Ministry of Justice (‘MoJ’) has released its latest statistics on the work of the Family Court, for July to September 2019. Some of the highlights of the report include:

The average time for a care or supervision case to reach first disposal was 33 weeks in July to September 2019, up three weeks from the same quarter in 2018. 42% of cases were disposed of within 26 weeks – down nearly 10 % compared with the same period for 2018.

In July to September 2019 there were 101 applications for Forced Marriages, of which 69% of applicants were aged 17 and under. Over the same period, there were 140 orders made, almost double the number of orders made in the same period from the previous year. The increase in the number of orders does not necessarily represent an increase in the prevalence of forced marriage, but a greater awareness of forced marriage being a crime.

The increase in orders may be linked to changes in legislation which were introduced in January 2018 – this included expanding the scope of existing evidence and completely removing  the time limit from all forms of evidence for domestic abuse.

If you would like to speak with one of our specialist family law solicitors, call us on  0203 601 5051 or fill in our contact form

As part of the firm’s wider charitable activities, we will once again be taking part in this year’s London Legal Walk on the 17th of June.

The London Legal Walk is a 10km sponsored walk across the city to raise funds for charities that give free legal advice. The team will be walking alongside a number of other law firms, chambers and organisations raising money in aid of a great cause.

There were 870 non-profit legal aid providers in 2013, according to statistics from the Ministry of Justice. By 2014 this had fallen to just 95. Significant cuts to Government spending as well as Legal aid has resulted in reduced funding bring available for important issues such as immigration and homelessness.

This year again, we walk with other members of the profession to raise funds so the poorest and most vulnerable people in the community can have access  to justice  and avail free legal advice.

We took part in the walk last year and felt the community came together perfectly to highlight the importance of supporting vulnerable people. These ongoing funding cuts affects those who are vulnerable and on the margins of society, it’s our duty to ensure that their plight is not forgotten

This is such a worthy cause and its lovely to see so many legal professionals and all those involved with law coming together to champion what we do on a daily basis. NLS will continue to be a part of this walk as it is vital for spreading awareness of the plight of legal aid

If you would like to sponsor the team and raise money for a great cause, please visit our fundraising page here. Any donations would be greatly appreciated.

An estimated 1.3 million women & 700,000 men experience domestic violence each year, according to the Office for National Statistics (ending March 2018)

It is now well accepted that domestic abuse can have a profound impact on a survivors’ mental health and is the main cause of depression, anxiety and other mental health disorders.

Domestic abuse has far-reaching consequences for the victims and the children of those families.  Many of the clients that we help at NLS describe the often-devastating impact on their mental wellbeing from the abuse they have suffered/ are continuing to suffer.  There is a lot of campaigning for better understanding of domestic abuse which is seeing a positive change in the wider understanding of abuse and its impact on the health and wellbeing of victims but we need to keep talking about it.  The more we discuss abuse and the mental health implications, hopefully strength is given to other victims to recognise they too are in an abusive relationship and hopefully give them the confidence to escape the life and put protective measures in place.  Sadly, most of us will be impacted by domestic abuse at one point in our lives be it directly or through a loved one or friend that is a victim.  We need to keep up the pace of these awareness campaigns to ensure that there are options for victims and we at NLS certainly remain committed to providing as much support as possible to anyone needing advice about what to do

If you have been a victim of domestic abuse and have decided to leave your abuser, there many organisations that can help you :-

Refuge offers advice and support to women experiencing domestic abuse and also provides safe, emergency accommodation through a network of refuges throughout the UK, including culturally-specific services for women from minority ethnic communities and cultures.

The Men’s Advice Line is a confidential helpline for all men experiencing domestic violence by a current or ex-partner. They provide emotional support and practical advice, and can give you details of specialist services that can give you advice on legal, housing, child contact, mental health and other issues.

The ManKind Initiative is a charity offering information and support to men who are victims of domestic abuse or violence. This can include information and support on reporting incidents, police procedures, housing, benefits and injunctions. They can refer you to a refuge, local authority or other another support service if you need it.